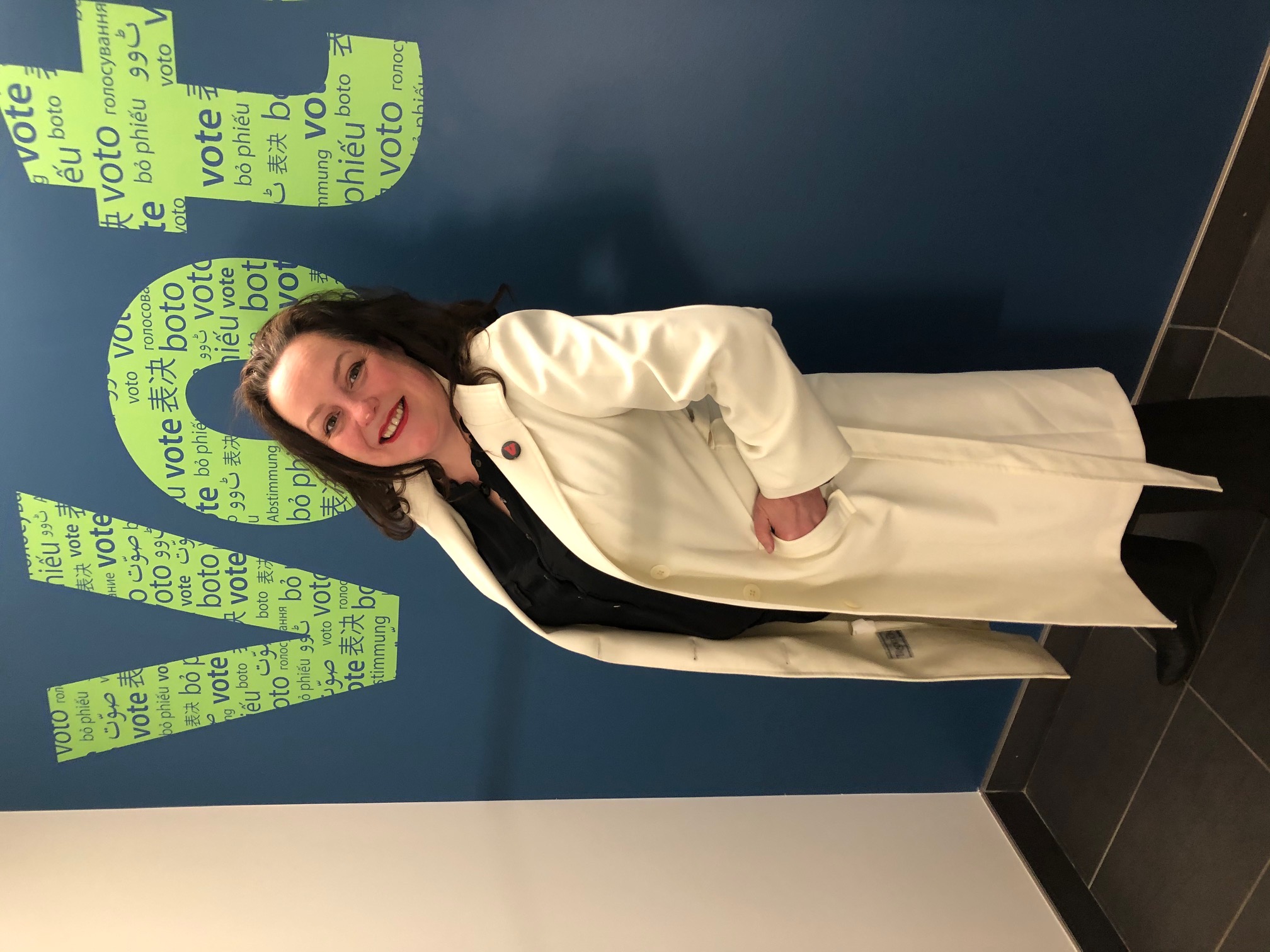 Angela, Caleb, their three daughters and two dogs are firmly planted in Charleswood. Angela McIntyre has lived in northwest Calgary for most of her life. She is committed to cultivating the innovative spirit of Calgarians, and advocating for her diverse community at grassroots and municipal levels. Respect, understanding, and accountability aren't new concepts, but she believes they are still the bedrock for growth and future success.

Angela has worked in the city's arts and non-profit sector for nearly two decades. Throughout her tenure in various roles like Volunteer Coordinator of Wordfest, Director of Special Projects at the Alberta Magazine Publishers Association, Angela has managed thousands of volunteers and established deep roots and shared values with many sectors of the community within Ward 4. As one of five sisters and the mother of three daughters, she understands the importance of family and generational perspectives.

In her previous role as Fund Development and Marketing Manager at the Confederation Park 55+ Activity Centre, Angela created partnerships citywide and at all levels of government to elevate and innovate productive aging. Angela has volunteered as a director on the Pride YYC board, served as Vice President of the Windsor Park Community Association, AARCS, the Anti- Rascism Rally and The North Country Fair. Angela graduated from SAIT's Cinema, Televison, Stage and Radio Program. She went on to study Non-profit Management at Mount Royal University.

Angela is a fly fisher, a hiker, a foodie and a lover of music and theatre. Angela and her partner Caleb have worked extremely hard to raise their daughters, to be engaged, impassioned, curious citizens. Angela will bring this same work ethic, dedication, and optimism to City Council as she advocates for Ward 4's best interests on taxes, revitalization of urban landscape, community, climate, and fiscal accountability.Angela McIntyre(she/her)